Artisanthropy Fibre Arts is housed in downtown Whitby's oldest brick building, a general store built circa 1850 in the Montreal style of architecture, originally owned by Carleton Lynde. Due to the building's unique construction with brick fire walls up its sides, it survived multiple fires.

The original ownership of the building by Carleton Lynde is of note as he was the son of Whitby pioneer Jabez Lynde, whose house will be well-known to many in the community as The Lynde House Museum, which was recently moved, for restoration and conservation purposes, from its original location to the corner of Brock St South and Burns St, also in downtown Whitby.

Many businesses have taken up residence in the building since its original ownership. During our dig into publicly available online archives, we found the following: 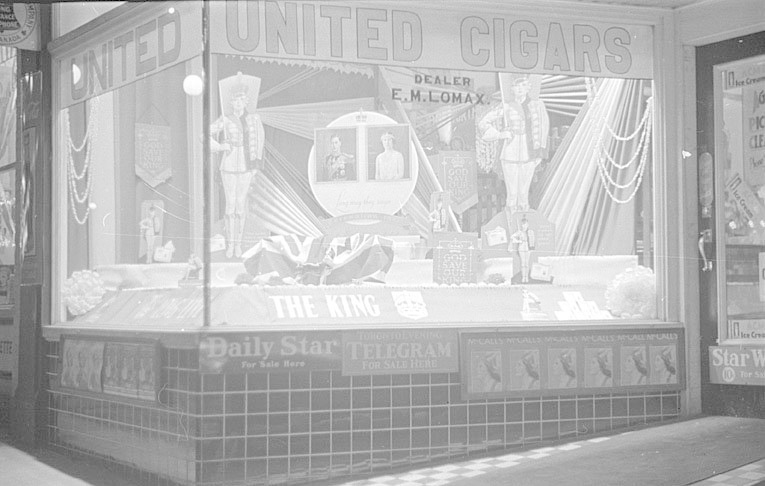 Photo credit: Marjorie Ruddy, Photographer. "Black and white negative showing the decorations for the coronation of King George VI at E.M. Lomax's United Cigar Store at 124 Dundas St. W." from May 1937. Found online at the Archives at Whitby Public Library. 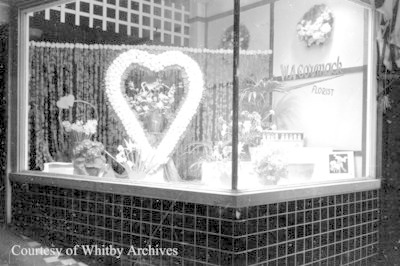 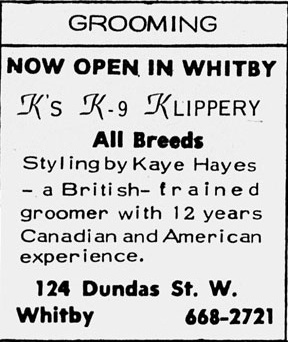 This advertisement for K's K-9 Klippery was found in an archived copy of The Whitby Free Press newspaper from Thursday, February 10th, 1972. (The photograph of the storefront at the top of this page contains this business's logo at the top, indicating it is also from this time period.)