From the Owner: Why I Love Yarn 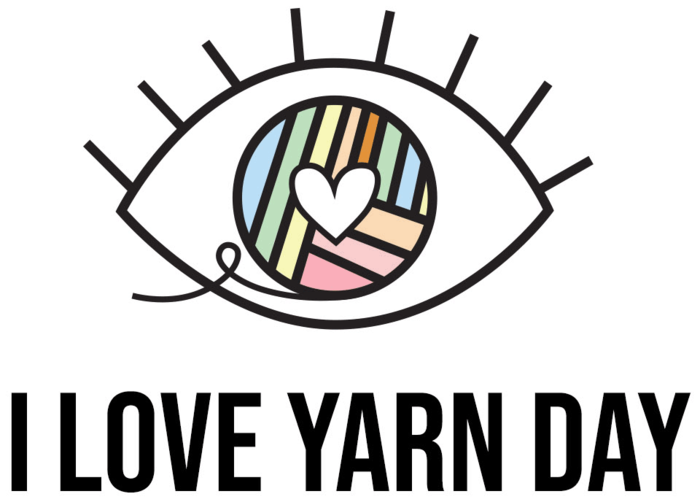 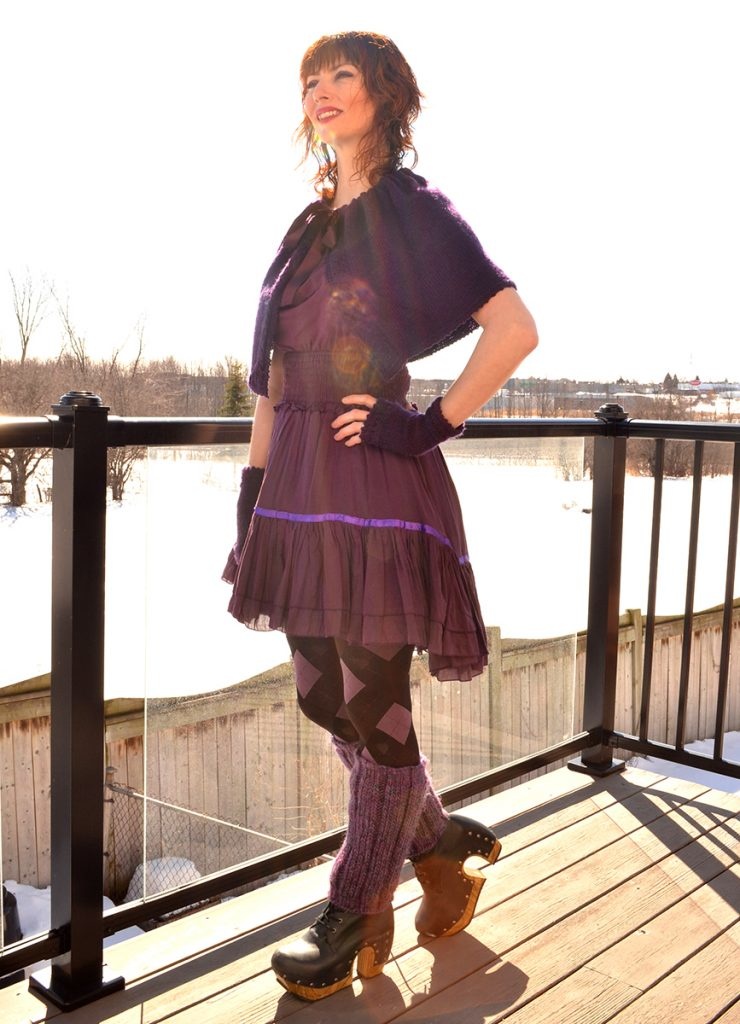 I have enjoyed hearing so many of your stories of how you started knitting, crocheting, cross-stitching, tatting, weaving, spinning, or any of the other fibre arts. I thought I would share my own journey, and why I love yarn.

As we approach 2020, I can say that my journey began almost exactly a decade ago, in January of 2010, with a stumbling upon the social network for knitters: Ravelry.

At the time an almost completely gated community, I was intrigued by the notice on the home page urging me to sign up to view whatever was inside. And when I did so, I wasn't disappointed. While I hadn't considered myself "crafty" for many, many years (I had dabbled in cross-stitch, macrame via friendship bracelets, French Knitting, and even actual knitting as a Brownie and Girl Guide), when I came across Ravelry, I had recently been stuck in certain behaviours, including retail therapy, as coping mechanisms for a dark period of my life. When I hit upon the Pattern Search, and discovered multiple patterns for super alternative and edgy fashions that were way more my style than most clothing I had been buying for myself, I was suddenly struck with awe and joy that I could actually have some control over my wardrobe (and the retail therapy). This inspiration tapped into a deeply buried well of "need to create", and I began to voraciously save every pattern I could find that fit my very specific criteria. Within about a week or two of doing this, I realised I needed to actually find some yarn and knitting needles so I could start learning how to make all of the thousands of patterns I had saved (ha! how ambitious my naive and inexperienced self was).

Well, it took a few months of many, many fits and starts (none of which are now recorded), but my first finished object was Just Enough Ruffles by Laura Chau, for which I even used a Malabrigo yarn, Silky Merino - all within my first year of learning to knit! (Inspiration for all you beginners - you have to knit with something you love...) 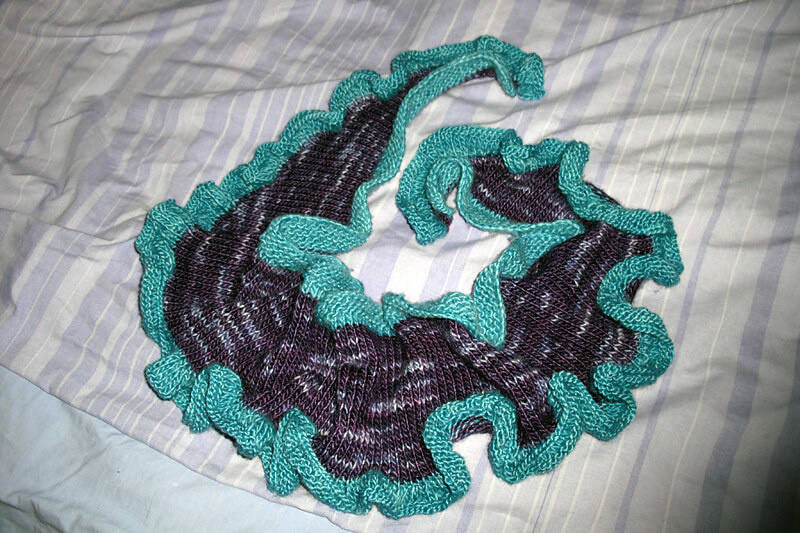 Oh look, I was already obsessed with purple and turquoise back then.

As soon as I discovered the myriad possibilities of colours and textures that were possible with yarn – not just the patterns you could knit with that yarn – I was fixated. Until this point, most of my wardrobe was black. A whole new world of colour and texture opened up to me and I was transported – both back in time and forward into my future; my thinking turned as it often has to the cyclical nature of life, and I felt connected to my past while moving ever closer to my true self. Even as I struggled with learning how to knit, I gained new levels of patience, and self-forgiveness, and I nurtured a self-esteem that had been laying dormant for some time. I call knitting my gateway craft, as it led me very quickly to crochet, and to tatting as well.

I have since come to look at the act of creating with yarn (and thread) as being a catalyst for positive change in my life that had, up until then, been largely left up to the forces that acted upon it. Now, I began to make things happen with my hands. My work (sometimes) had a more permanent feel to it – it was real, it was physical, it wasn’t just something ephemeral I had either created or contributed to, as all of my previous work in my career as a web designer and developer had been to date.

I love yarn, I love creating things with yarn, I love experimenting with yarn, and creating my own fashion with it, and I genuinely want to share and spread that passion for creating with all of you through this business. Thank you for being on this journey with me and sharing your passions too.